Keep in mind this is our debt free story; yours will be different. We are just one of many families who have also achieved this very same goal, but in varying ways, and some of them more quickly than us. 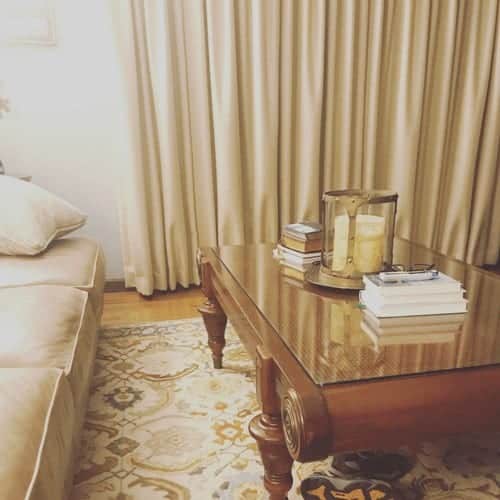 I can hardly believe it myself. It’s been a long journey; actually, a roller-coaster ride. We had a very small, modest home that we’d paid cash for once before… but then life happened, my husband lost his job, he found another one but was underemployed for a few years, we adopted two amazing children, the recession happened, we accepted a pastorate in a new state and had to move… and then we chose to buy a slightly nicer (but still modest) home in our new state before our old home sold.

This meant we took a full mortgage on the new home (with the intention of paying most of it off when the old one sold), but with the recession and declining property values in the city we moved from, we ultimately pulled the old house off the market and rented it out instead. The rental income was helpful, but even after most of the country began to pull out of the recession, that home’s value never completely recovered. We finally sold the home – at a loss – four years later. To make things worse, the renters were upset when we asked them to leave (although we gave plenty of notice) and vandalized the house before they moved out. They broke the doors, put holes in the walls… you name it. I’m grateful for insurance, but it still tied up a lot of time and money, much of which we were not able to re-coup.

That roller-coaster ride meant we didn’t have enough funds from the sale to come close to paying off our current home. We had to dig deep once again and attack the debt. 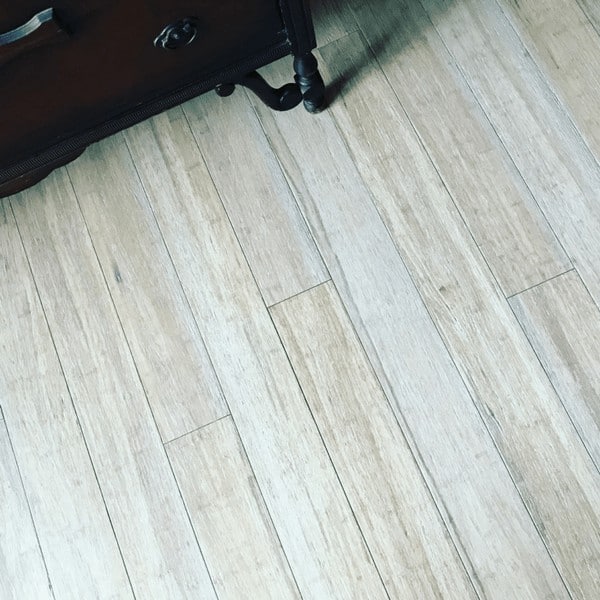 Clean and cared-for floors in a bedroom

Here’s How We Did It

1. We always agreed on our goal to be completely debt free.

We’re not rich, and we live frugal for the most part. Even before we married, we knew we wanted to live a debt free life, but we didn’t always know how to get there. We went to financial counseling together before we married, instead of just traditional pre-marital counseling like many of our friends. Still, we hadn’t seen financial independence (FI) modeled in our families or others around us… we simply knew we wanted to get there someday.

2. We had paid cash for (almost) everything other than our home.

We’ve been “cash-only” spenders for most of our 17+ years of married life, but we did have a season where we threw caution to the wind and fell prey to the Standard American Lifestyle. During that season we also bought a car and a boat with debt. Thankfully, that season didn’t last long, we regained our senses, and sold both the car and the boat. It was still a hiccup on our journey and left us less prepared for the recession and subsequent job loss. 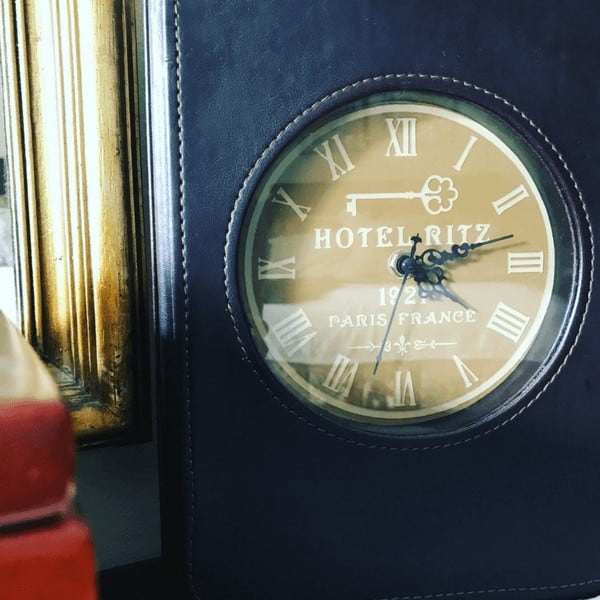 A sentimental clock alongside a favorite Craigslist find: a large, framed antique mirror

3. We bought a more modest home than most people in our income bracket would have bought.

I’ll admit it… at times, this has been hard for me. My husband was a builder before he was a pastor. He built beautiful homes, and in the earlier years of our marriage, he would build a new home to use as a spec house and then we would live in it for two years. Then we would sell it and do the same thing again. It was great, but I also became acclimated to upscale new homes. This wasn’t a feasible lifestyle for us to maintain. Why? It’s challenging to live in an upscale neighborhood where you feel the constant tug to keep up with the Joneses and everyone seems to have the best cars, lawns, and lavish lifestyles. It’s also challenging to keep up with their property taxes when you’re trying to live frugal. One day I looked at my husband and said, “Our monthly property taxes are what most people are paying for their mortgage payment.” And that was that. A modest home in an older, safe, stable neighborhood is the way to go. Come to find out, that’s typically how The Millionaire Next Door lives, too. Go figure.

They depreciate the minute you drive them off the lot. Edmunds has a great infographic outlining this, here. They follow a new car with a purchase price of $29,873 over five years, and what the average depreciation looks like each year. After five years, that same car is only worth $12, 069. Cars are liabilities. We get perfectly nice, comfortable cars and let someone else take the hit of that initial depreciation.

5. We live on a detailed budget.

This is critical to living debt free. Every dollar you make must have a place to go. One of our mentors, Albert Skaggs, once told us, “people don’t plan to fail, they fail to plan.” This was reinforced by another older man (my husband’s former professor), Dr. Daniel Segraves, teaching us that “pennies turn into dollars.” You must have a financial plan and tell your money where to go. Dave Ramsey and his book Total Money Makeover was a huge eye-opener for us as we planned out a detailed budget, as was Howard Dayton’s book Your Money Map. Read them! A third, less known book that we learned from was The Average Family’s Guide to Financial Freedom.

6. Then again, it’s more than the budget.

This has been a more recent discovery, but having a detailed budget can only take you so far. The key question is “how much do I really need?” For one simple example, you may have a family grocery budget of $150 a week, and you may be able to somewhat easily stay within that budget amount. But, if you find yourself squeezing in frivolous purchases (like magazines at the check-out register, or prepared “convenience” meals) then you may want to consider lowering your budget amount to $100 a week instead. If you can still feed your family healthy, tasty meals, while saving your budget that extra $50 a week (which comes to a savings of $2600 a year, not to mention what you could earn off that sum if you invested it), then you will come to learn what it means to ask yourself that ever-probing question, “How much less can we spend, while still enjoying the journey?”

Related: 53 Beautiful Things To Do Other Than Pick Up Your Phone 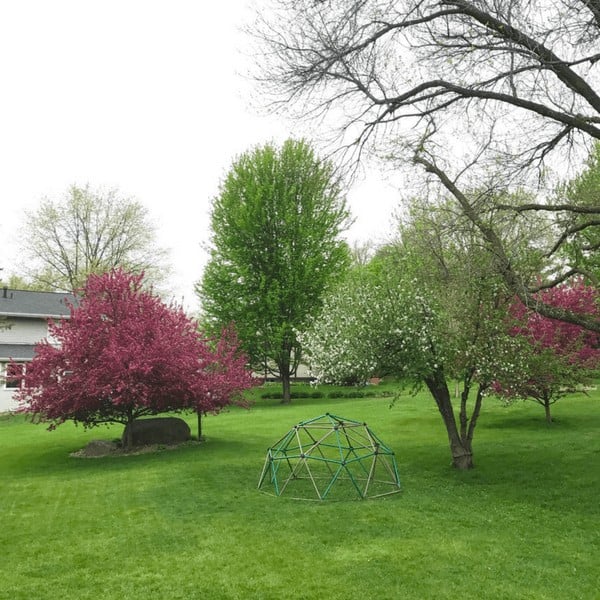 Our backyard in springtime

At first, we felt shocked that we were finally debt free, but there was also a strangeness. The process of going to the bank and paying that last sum was anti-climatic, really. I’m not sure what we expected — streamers falling from the ceiling? People cheering? None of those things happened, and it took a couple weeks for us to feel any sense of real excitement. The truth is that it took time to sink in and digest.

Now we feel indescribable peace. If the economy tanks tomorrow, we aren’t overly concerned about paying for a house. We can focus more effort on investing and saving for our later years… I hesitate to say we’re saving more money for retirement, because since we’ve been called to serve in ministry we don’t think we’ll ever technically retire. Pastoring is a calling many people don’t retire from unless poor health eventually requires it. We do need to prepare for that possibility, or at least a season of semi-retirement as we get older.

We also feel more freedom to be generous. I would be remiss to neglect this, as it’s perhaps one of the greatest blessings of reaching this debt free milestone. We’ve always been givers, but now we feel like we can have more fun with giving and also train our children to be more alert to the needs of others. It’s also a great lesson to our children about the blessing of handling finances well. We can use some of our blessings to bless others. 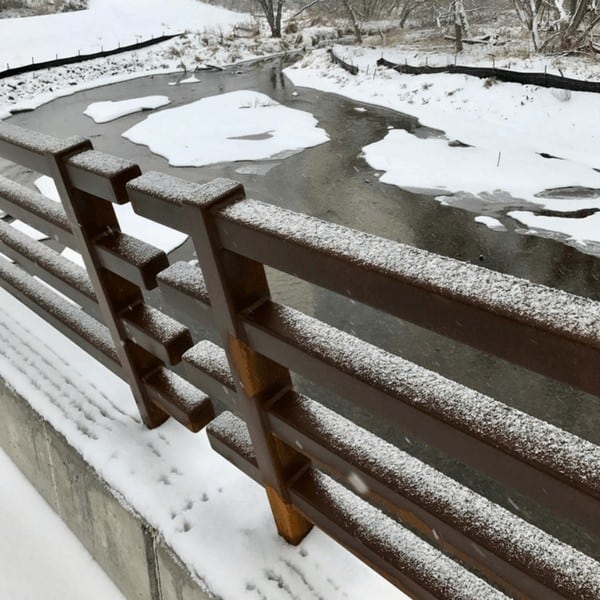 A nearby favorite walking trail in winter

We will continue to save for our later years. Proverbs 21:20 teaches that “in the house of the wise there are stores of choice foods and oils.” In the midst of raising children, serving our church, and teaching others, we also need to continue along the wise path of preparing for later. As I said before, we aren’t rich, we don’t live a lavish lifestyle, but we do want to enjoy this precious life God has given us and make memories with our children. There are many ways to do this while being frugal. We’ve learned to live on less, be content with what the Lord provides, and make the best of any season we find ourselves in. Those lessons are priceless and this “education” has served us well. And there is still so much to learn about investing wisely, index funds, taxes, health care, and more. We’ve also become increasingly aware of the importance of leaving a legacy and inspiring multigenerational faithfulness, but there’s much to say on those topics and I’ll address them in a future post.

The Ability to Serve Well

Why have we lived this way? Because we desire to serve God well. This is what sums it all up for us. We live in an era where Americans are more in debt than ever before, where many marriages end in divorce, where the biggest marriage problems revolve around money and money fights. We would not be able to serve our family nor our church community well if we were straddled with debt. Pastors are under extreme stress. We’ve found that depression is at an all-time high. The Standard American Lifestyle simply does not allow for a Pastor’s family to serve well, especially when pastors tend to be paid lower salaries than other professionals with comparable education levels (more detail here), and many pastors (like my husband) also must work a second job to properly support their family.

Serving well means many things to many people, but to us it has meant living well on less, working hard, and cultivating Biblical wisdom within our family and church community.

Hi, I'm Jaime. With my master's degree in leadership and church ministry, plus over 20 years of real life ministry experience (where I've served as the pastor's wife, ministry leader, adjunct professor, and more) I'm on a mission to come alongside you so we can grow together in our faith journey. 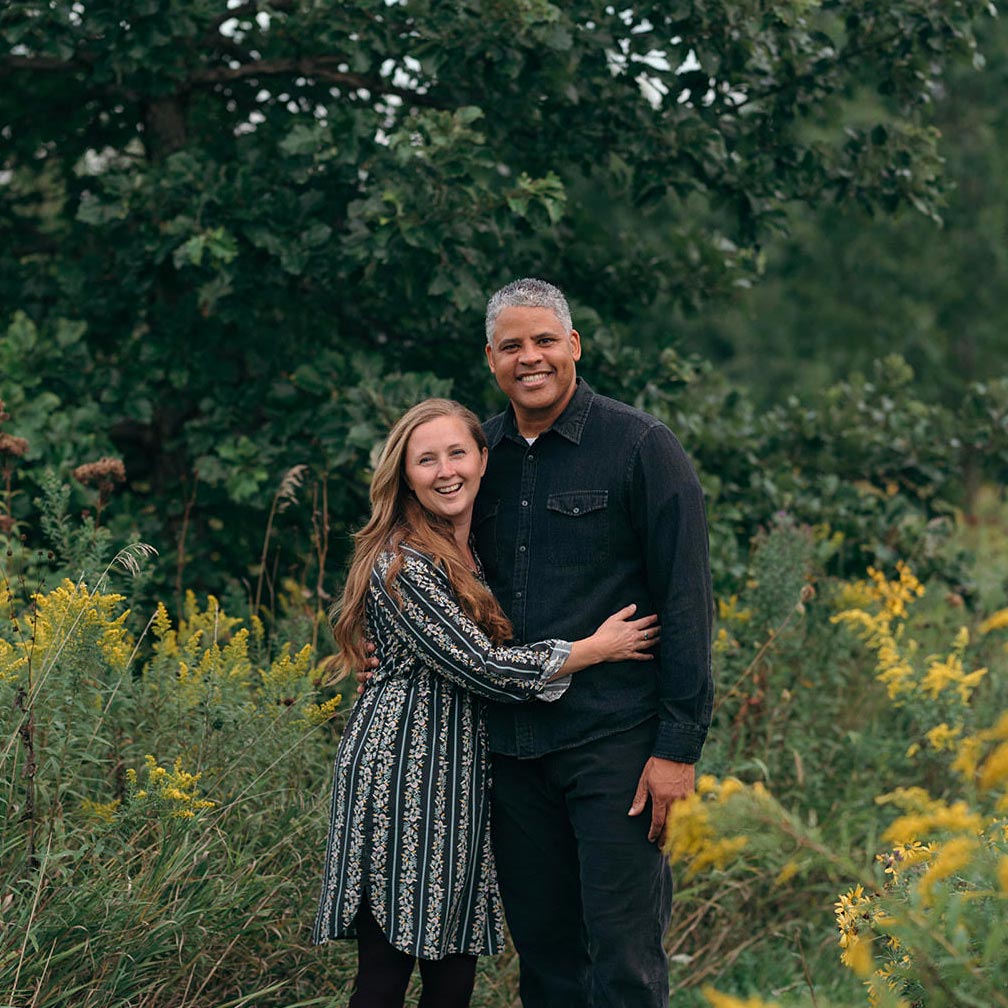 I'm Jaime (pictured with my husband, Pierre). We're passionate about Jesus, the Word, and equipping you to walk with Him daily. And coffee. Definitely coffee. With my master's degree in leadership and church ministry, plus over 20 years of real life ministry experience (where I've served as the pastor's wife, ministry leader, adjunct professor, and more), I'm on a mission to come alongside you as we grow together in our faith journey.

"The fountain of [mature, godly] wisdom is like a bubbling stream [sparkling, fresh, pure, and life-giving]."
Proverbs 18:4

Get our free printable prayer journal 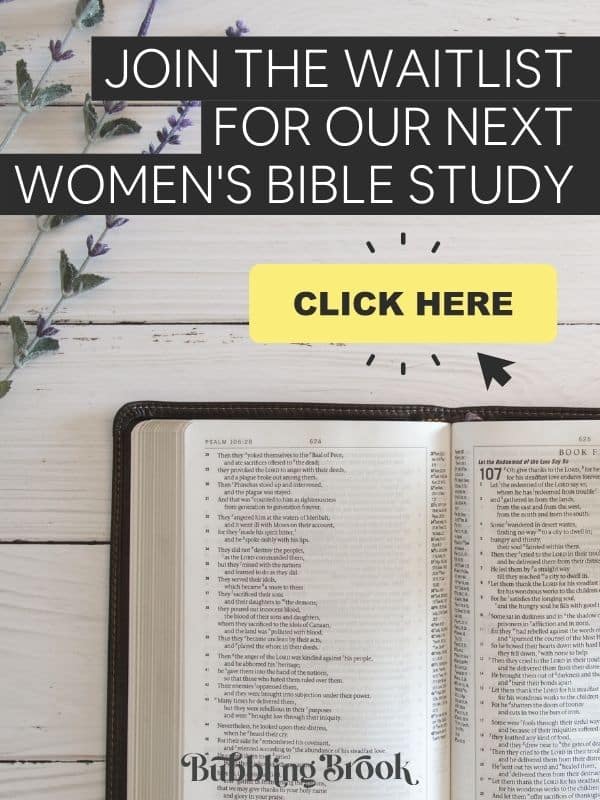